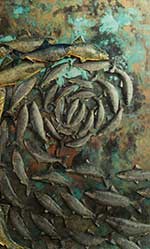 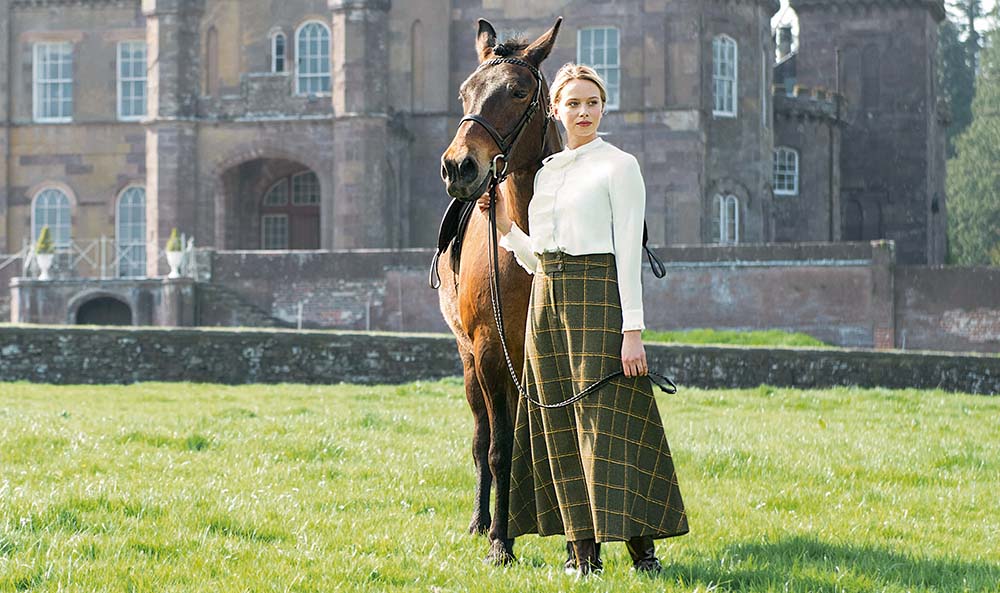 Our new Autumn/Winter collection is out and we very much hope that you are enjoying browsing through our website as well as our catalogue. We would like to say a very special thank you to all the venues we used for allowing us access, and it is our pleasure to introduce them to you here.

STRATHALLAN CASTLE
Nestled at the heart of the naturally stunning 1,000 acre Strathearn estate on the Vale of Strathearn in Perthshire, this impressive 19th Century Baronial castle has a rich and interesting history with the estate being owned by the Drummond family from the 13th century until 1910. During World War I the castle was used as a Red Cross hospital and during World War II it provided temporary accommodation to pupils at Laurelbank Girls' School in Glasow.

During World War I the castle was used as a Red Cross hospital and during World War II it provided temporary accommodation to pupils at Laurelbank Girls' School in Glasgow.

Nowadays it provides just as warm a welcome to those wanting to host weddings and corporate events in the grounds.

GLENEAGES HOTEL
Boasting three championship golf courses an award-winning spa and Scotland's only restaurant with two Michelin stars, Gleneagles is a world class luxury hotel located in the scenic Perthshire countryside. Opened in 1924, Gleneagles was described as "a Riviera in the Highlands" and "the Eighth Wonder of the World" and has always been a favourite with the international jet-set including royalty and world leaders. 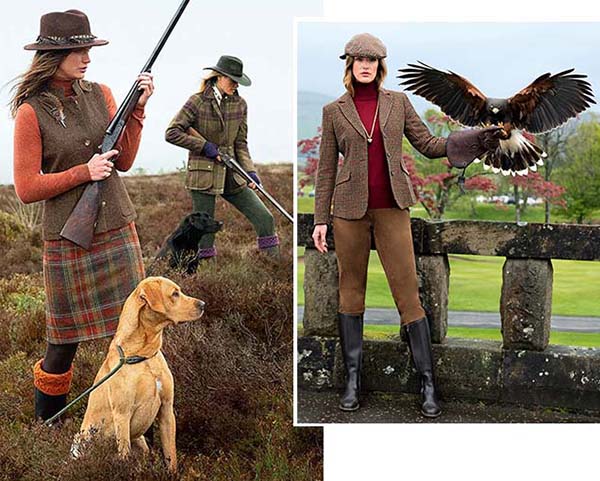 GUNDOG TRAINING & THE BRITISH SCHOOL OF FALCONRY AT GLENEAGLES HOTEL
A playground for outdoor pursuits, Gleneagles has been home to the British School of Falconry since 1992 and is also home to The Gleneagles Shooting and Equestrian Schools. It is the perfect place to learn how to train your dog to be the ultimate gundog or spend a day exporing the art of falconry with qualified experts. 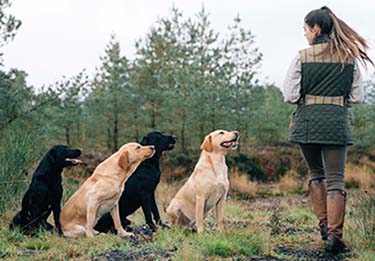 THE OLD MANSE OF BLAIR
Built in 1828, The Old Manse of Blair is a five-star boutique hotel in a beautiful listed building which combines traditional elegance with modern luxury and is located just two miles away from The House of Bruar. It is perfectly placed to enjoy everything Perthshire has to offer, including fantastic field sports, fishing and golf, and is available for hire for weddings and corporate events. The Orangery, their recently opened restaurant, focuses on the finest contemporary Scottish produce with Jonathan Greer (previously of Gleneagles Hotel) leading the way in the kitchen.
www.theoldmanseofblair.com

BLAIR CASTLE
Owned by the 12th Duke of Atholl, Blair Castle has been in the family for over 19 generations and has been home to adventurers and politicians, Jacobites and Royalists, entrepreneurs and agriculturists, soldiers and scholars. Blair Castle is located just two miles away from The House of Bruar and has over 30 rooms open for the public to look around as well as the only private army left in Europe, The Atholl Highlanders. The castle is open to the public during the summer months and each May hosts the Atholl Highlander Parade as well as the Blair International Horse Trials in August.

ROYAL BOTANICAL GARDEN EDINBURGH
Set amongst 72 acres of beautiful grounds, the Royal Botanical Gardens in Edinburgh is one of the finest botanical gardens in the world and has a rich history dating back nearly 150 years. The gardens feature 10 glass houses including the Victorian Temperate Palmhouse and Tropical Palmhouse as well as a Rock Garden, Alpine Houses, an Arboretum, the Chinese Hillside and the Rhododendron Collection. It also holds regular events and is available for private functions including weddings and corporate events and is enjoyed by locals and tourists alike.

All of the items of clothing that are featured in these pictures are available to buy online and in-store. For enquiries about the venues featured in this post please contact them directly. 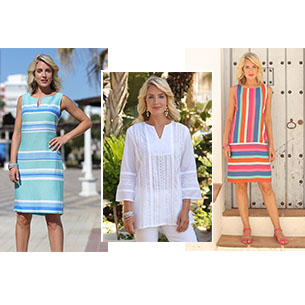 Saturday, 15th June 2019
This Summer we are delighted to bring you a whole host of exciting new brands to...
Read the full story
Monday, 13th May 2019 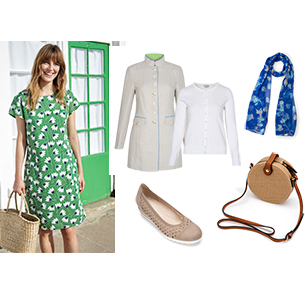 Six Items You Need This Spring

Monday, 13th May 2019
As the seasons transition from cool and cloudy into warm and bright there are a ...
Read the full story
Tuesday, 4th September 2018 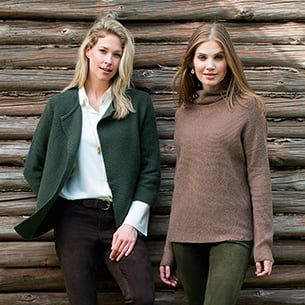 What to Wear This Autumn

Tuesday, 4th September 2018
A change of season calls for a change of wardrobe and at this time of year it’s ...
Read the full story
Friday, 6th April 2018 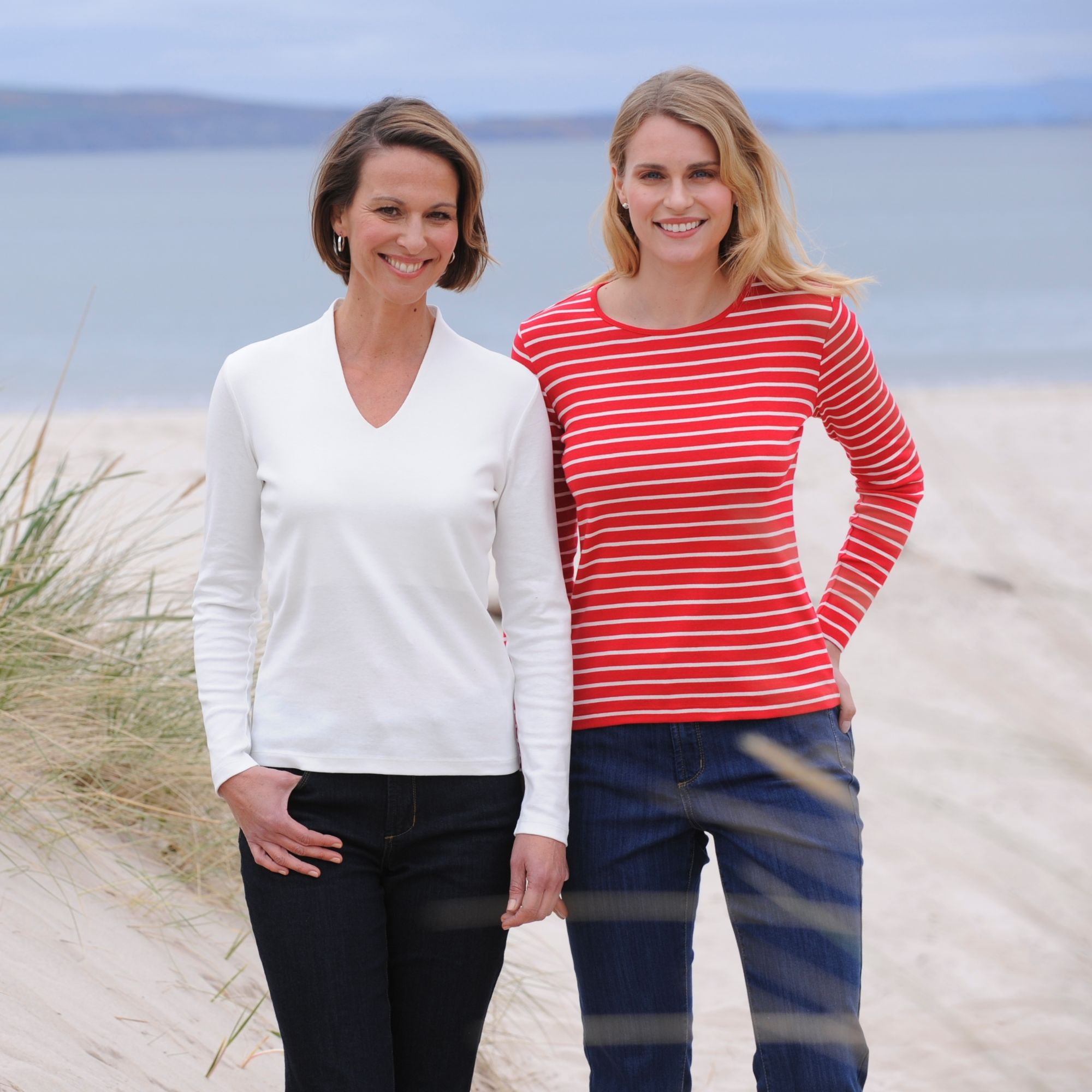 Friday, 6th April 2018
When building a wardrobe, basics are an integral part of anyone's style, and our...
Read the full story
1